The Kozo Generator for Ninja Forms 3.0

As we work through developing a new version of Ninja Forms, I’ve been thinking about the cool new features that I can incorporate into the Ninja Forms Kozo Add-On Generator. A majority of Ninja Forms extensibility is moving to the Form Action system, which is where Kozo is anyway. Having a preview of the direction for Ninja Forms 3.0, I was able to start moving Kozo in that direction from the beginning.

Currently, Ninja Forms Kozo does a few of things:

Looking forward I’d like to incorporate a few new features:

My hope is that Kozo serves two purposes. I hope that Kozo allows developers to deploy client work faster and that aspiring Ninja Forms developers are not intimidated by learning a new codebase.

Code doesn’t need to be complicated, rather we should work towards simplicity, stability, and maintainability. Whether you are a seasoned developer familiar with the Ninja Forms platform or you are new to web development as a trade, Ninja Forms should be a joy to work with. 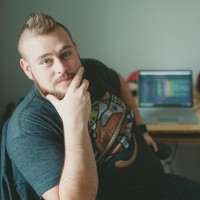